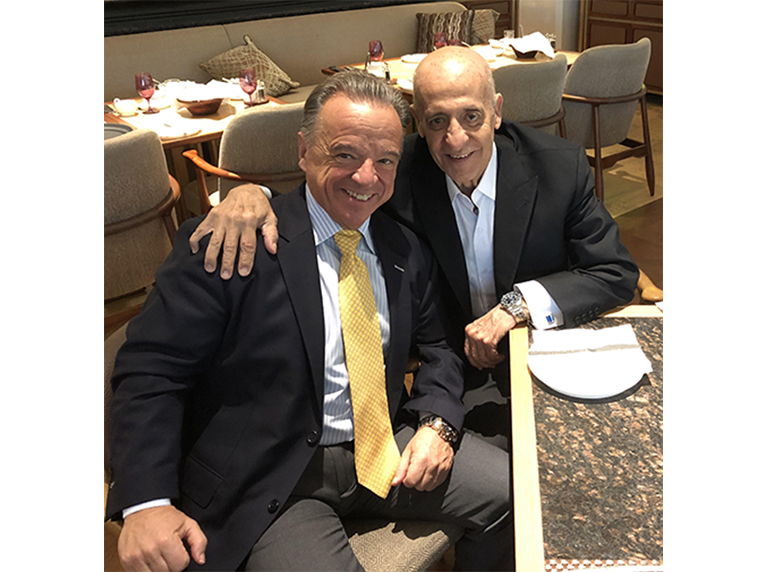 Dr. Julio C. Maglione, President of the FINA (International Swimming Federation) and IOC Member; visited Madrid this week, meeting in this occasion with Dr. Rafael Santonja and Spanish Olympic Committee president, Mr. Alejandro Blanco, having the opportunity to review recent happenings and next coming projects to happen, in the sport environment.

During President Maglione´s mandate, in Pan-American Sport Organization (PASO); Bodybuilding achieved the full recognition of the organization. Dr. Maglione left, recently, his presidency of PASO at the General Assembly, held in Punta del Este (Uruguay); passing the baton on to another outstanding Latin-American leader: Ing. Neven Ilic Alvarez, president as well of the Chile Olympic Committee.