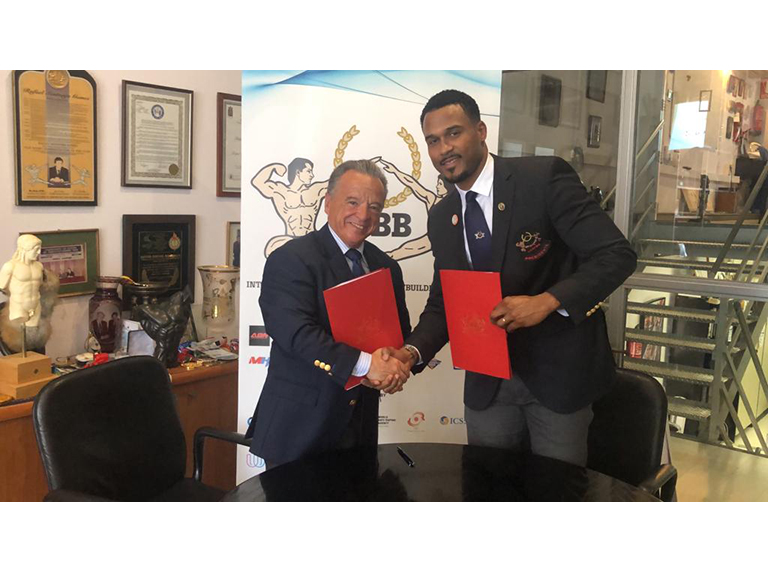 This year, 2019, the African Championship will be held in the beautiful Luanda, the capital city of Angola, during the 15-17 of August, a perfect date to enjoy an amazing event.

An event that will offer 6 Elite Pro Cards and that will award the top six athletes of each category with points to the 2019 IFBB World Ranking.

In the picture, IFBB President with Mr. Braulio Martins, President of the Angola Bodybuilding and Fitness Federation, after signing the contract for the 2019 African Championship.