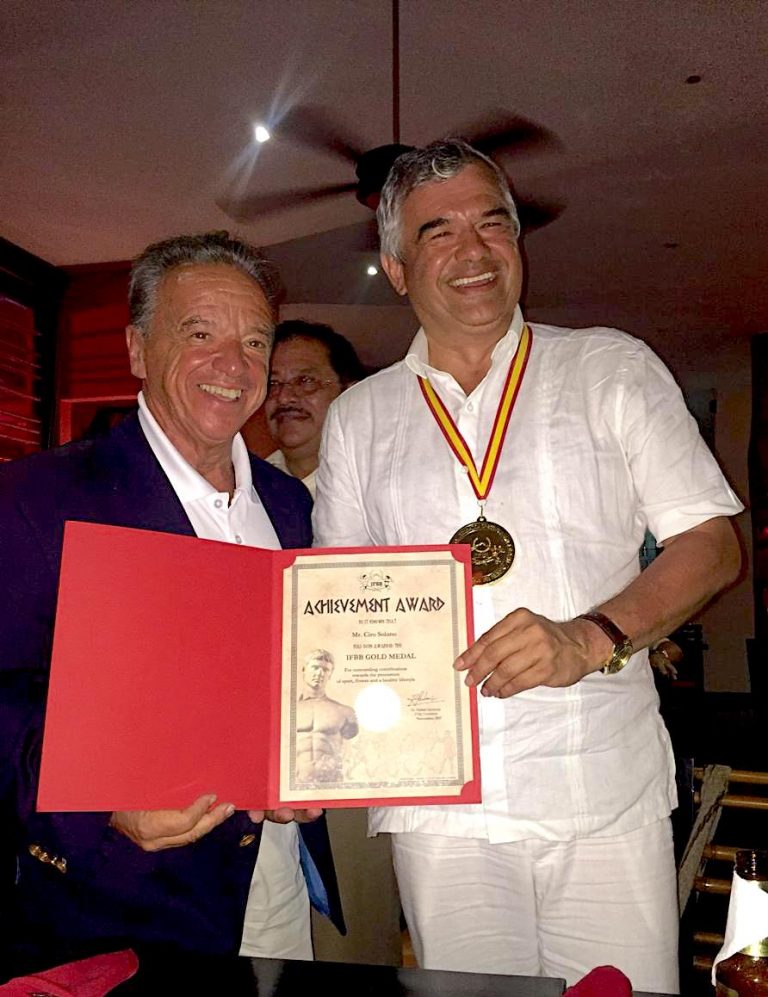 The first Vice-president of the Colombian Olympic Committee, Mr. Ciro Solano, was awarded with the IFBB Gold Medal, during the recent 18th edition of the Bolivarian Games celebrated in Santa Marta (Colombia).

With the occasion of IFBB participation at the Bolivarian Games, in which athletes from Colombia, Venezuela, Chile, Ecuador, Perú, Guatemala, Rep. Dominicana, Paraguay, Bolivia, El Salvador and Panamá participated in the disciplines of Games Classic Bodybuilding, Men´s Physique, Bikini Fitness and Fitness; President Santonja met with several sport authorities and dignitaries from the American Olympic Family.

During the Games, President Santonja took the opportunity to award Vice-president Ciro Solano, in gratitude for his support and guidance to the IFBB, at their participation in these prestigious Games that already are knows as “the best Bolivarian Games of the History”.