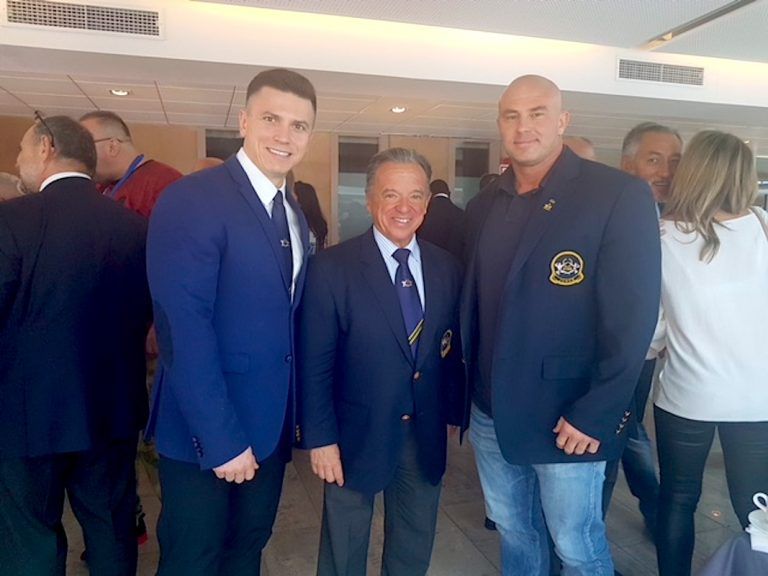 The recent 2018 Annual Congress celebrated by the EBFF in Santa Susanna (Spain) has shown new pieces of evidence about the soft transitions and evolution in pieces of evidence. Besides the elected new Executive Committee, some new officials attended its first EBFF Congress, representing their respective national federations.

This was the case of Mr. Tomas Bures, the new president of the Czech Republic Bodybuilding & Fitness Federation (SKFCR), who attended the event joined by his predecessor, Vyacheslav Vinogradov; who introduced him to the European Executives and President Santonja, which we can see in this picture.

As previously reported in this Blog, the historic SKFCG has been the first Bodybuilding federation supported by its Government, in Europe; and their current athletes in the 2018 European Championships are reaching remarkable results.